We have developed a REST API for STAMPEDE data, which can be found here: http://code.google.com/p/stampedewebapi/wiki/WebApiSpec

It returns data in JSON, and allows users to get all workflows, a specific workflow, all jobs within a workflow, a specific job, and the parents and children of that job.

It is currently implemented for the mongo database.

It is currently running on a server here at USF.

We have also built two Flex-based graphs that use this API - a pie chart and an area chart. They can be found here:

These are very much proof-of-concept.

We are currently porting the API to interface with Monte's SQLAlchemy code. This will allow it to work with any SQL-based backend.

We are also finally making some progress with the graphs. We plan to replace the pie chart with a bar chart, and integrate it into a larger tool that shows bar charts for all workflows. Crude mockups are below.

Dan and I have also been discussing the idea of developing a workflow query language, probably with an XPath-esque syntax. This would allow us to extend the API to do more complex and interesting queries, such as getting all failed jobs within a workflow. (currently, the client must filter these out.) 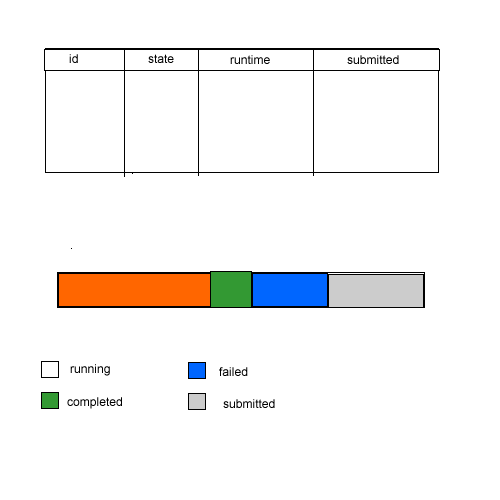 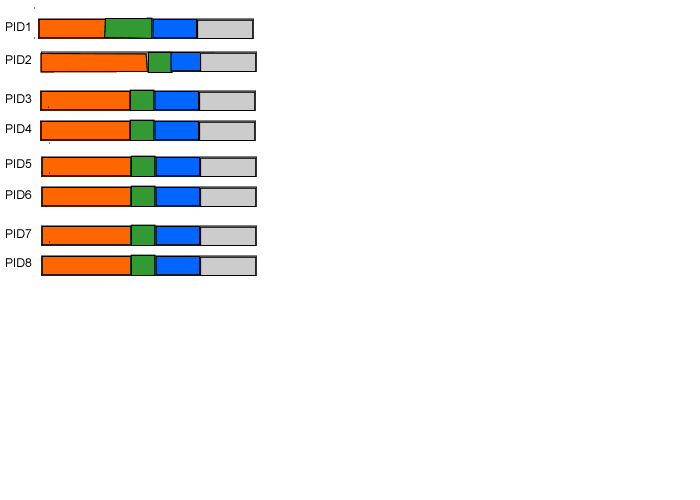